Hey, look over here. Hello. The stuff below was written before I started my own company. Looking back on it, I was clearly suffering from some serious time anxiety problems. Working for myself has cured about 90% of that. There is something truly amazing about having all your time worked feed back into an investment in yourself. I recommend it to anyone who is up for the challenge. I'll update the section below sometime. In the meantime, my blog is probably the best way to see what I'm about.

This is what my head looks like most of the time, if that's what you're on this site to find out: 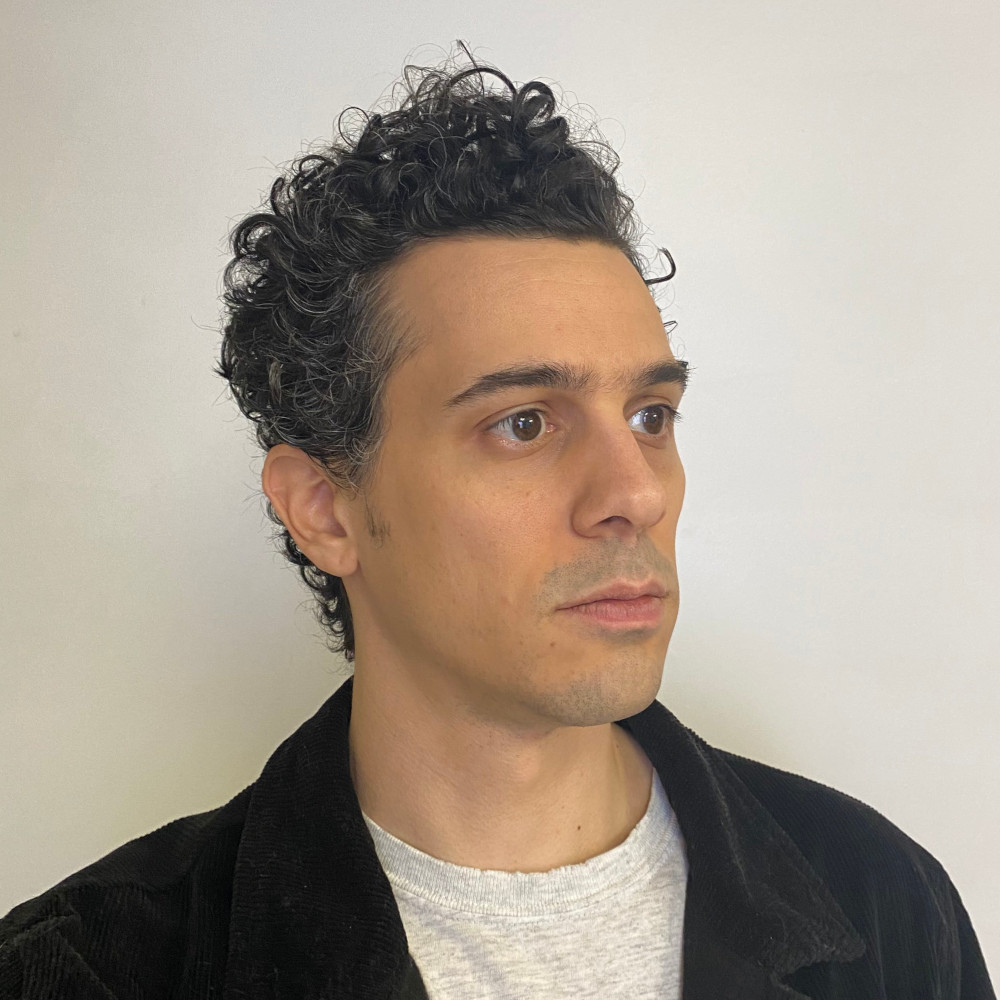 I don't know how to write an "About me", but doing it through the lens of the header you see directly below seems like a good idea right now.

the ways in which my time is typically allotted

This is partly to serve as a description of me as an individual (to you) and partly as a reminder to myself of the things I consider important and worthy of my time.

I’m awake for roughly 17 hours each day. Nine of those hours (on weekdays) are spent doing software development work for the NYC digital agency Wondersauce where I’m told I’m a Senior Developer but my business card says Technology. The work is primarily back-end Ruby (and then often Rails), but other back end technologies are sometimes involved and I often work on the front end where many different front end technologies are used… I also do a bit of dev ops / sysadmin work. Yea, I did say nine hours. We’re expected to work 10am-7pm. It’s not a suggestion, it’s a rule. Don’t get me started.

the other ~8 hours a day (And all the weekend time)

It’s amazing how 8 hours of non-work time a day gets absolutely obliterated by bullshit. A little less than two hours commuting door to door., six left. roughly an hour and a half wasted between showering, shaving, taking care of cats, walking between rooms, re-parking the car, etc - four and a half remaining. Dinner could be quick (half hour), longer if there’s cooking and cleaning involved (maybe up to two hours) or even longer if going out somewhere. I’ll call it an hour and a half on average.

Now I’m left with about two hours that are mostly unspoken for (adding another hour of buffer for bad estimates and other random crap). Often this is for spending time with my girlfriend. But there’s other important stuff to do - like clean the house, or buy groceries, or keep up on friendships. I can gain a few more hours if I run a deficit on one of the other things mentioned (don’t shower too often, eat a shitty dinner, don’t clean up, blow off friends… the list of ways to be a sort of garbagey person goes on and on, and damn if it isn’t attractive from the standpoint of “gaining time”).

So maybe a few days a week I’ve got a couple hours I could do something “useful” with. That’s terrifying. I spend far too much of that time thinking about what I could do with that time. telling myself that if I spend the time finding the way to optimize that time today, I’ll spend it better in the future (there’s something very software-engineery about this. Do the hard refactor now to make the future change easier. Thanks, Kent Beck) Mostly this ends up with me just spinning my wheels and lying to myself about plans and dreams, but occasionally it yields a little fruit. Recently I’ve been hacking out a little app that’s sort of in between a to-do list and a goal tracker. something I could look at when I have an hour: just grab the top thing off the list and make some progress on it and I’ll be guaranteed that it’s one of The Things I Should Be Doing.

how this is relevant

I don’t even remember where I was headed with this… Ah right, what I do with the rest of my free time. I was trying to build up a picture of myself so that you, reader who came here to see what I’m about, can do just that. Well, clearly I spend a good amount of time thinking of crazy shit like this. Thinking in circles, and ovals and figure-eights and spirals and the occasional trapezoid or equilateral triangle.

Sometimes I draw. Usually weird, sometimes funny or vulgar, sometimes an approach at beauty. Essentially always with black ink. This used to be a much larger (like, the largest) part of my life but it has shrunk considerably recently, and regrettably. Part of all this introspection about how I spend my time is in service to the goal of getting back to that habit/love/labor. And other similar ones that I think made me a better person. (reading more books that aren’t about software, writing more (like this, I guess) playing the drums more often, exercising at all, meditating).

In short, I’d like to say I am a person who does the following things, but I’m a little hung-up on truth and honesty so it feels wrong to say so if I don’t actually spend hours on them. That point notwithstanding:

in an ideal world where I'd be an ideal person, I’d do a lot of the following: